Congratulations to the 2016 Oberlin Shansi Fellows

Oberlin Shansi is an independent, nonprofit organization promoting understanding and communication between Oberlin and Asia. Founded in 1908, it is one of the oldest educational exchange programs in the United States. The Shansi Fellowships support recent graduates working, learning, and teaching in university and non-governmental organization partners in China, India, Indonesia, and Japan.

Starting the summer of 2016, this group of five exceptional and highly motivated fellows will join nine others who are currently finishing the first year of their fellowships. And now, without further ado, here they are!

Henry has two passions—music and Japanese culture. With a voice as his instrument, Henry has sung at Carnegie Hall and studied at Mannes Conservatory, where his final project was a solo performance of twelve pieces in four different languages. Henry’s musical experiences have also fueled his interest in Japan. At Oberlin, he learned about karuta, a traditional Japanese card game that tests memory, stamina, and focus based on one hundred classical poems. Karuta is not only a form of entertainment; according to Henry, it provides “a unique window into everyday life in Japan.” Hoping to share his enthusiasm for the game, Henry founded the East Asian Game club, taught an ExCo, and organized a public seminar by collaborating with the Karuta Club at the University of Michigan. With a strong appreciation for cross-cultural understanding that was initially sparked by his love for a game, Henry looks forward to further deepening his knowledge of contemporary Japan and mastering Japanese during his two-year Fellowship.

Louise’s connection to Shansi began before she was born: her grandmother, Vee Ling, was the Dean of Women for Oberlin-in-China in Chengdu from 1949 to 1950. Louise has traveled to many countries around the world, but her richest overseas experiences have come from study trips. In spring 2015, Louise studied abroad in Namibia and South Africa, where she enrolled in classes on history, politics, and social justice, and interned at Sister Namibia, a non-governmental organization that publishes an Afro-centric feminist magazine. On campus, she serves as the Arts Editor for The Oberlin Review. Louise aims to apply her writing and tutoring skills to help students at the Shanxi Agricultural University improve their English abilities.

While Eli has explored Peru, Spain, Nepal, and Thailand among other countries, he has yet to set foot in Indonesia. His extensive experiences abroad have sharpened his ability to navigate different cultures, and have piqued his curiosity in education as a career. Eli is eager to hone the craft of teaching while immersing himself in a country that is unfamiliar to him. He is acutely aware of the issues of Westerners living and working abroad, and has acquired the sensitivity needed to continually learn about other cultures. His advice, “Foreigners should also take time to learn, observe, and talk to local people to understand, as best as possible, the specific community that they are in before beginning whatever project or position they came to the country to take part in.” Eli, a Religion major, is busy on campus with numerous activities including playing on the varsity lacrosse team, attending bi-weekly Tai Chi classes, hosting radio shows on Oberlin’s WOBC radio station, and participating as a member on the Oberlin College Program Board.

Last year, on the airport ride from Kyoto Station to Kansai Airport, Annelise made a decisive choice to apply for a Shansi Fellowship, and a year later she finds herself selected as the first Obie to be awarded the new Shansi Hiroshima Fellowship. This is a full-time, two-year position working with a United Nations agency and two local NGOs on various peace-building initiatives. During her stay, Annelise intends to examine the historical context of present-day Hiroshima and the city’s importance in modern Japanese culture. In 2014, Annelise interned at Seattle’s Japan-America Society, a nonprofit dedicated to promoting mutual understanding and friendship between Japan and Washington State. An East Asian Studies and English double major, Annelise is currently taking fifth-year Japanese in preparation for the internationally administered Japanese-Language Proficiency Test, a major step towards becoming a translator in the future. When she is not busy studying, Annelise works at the Writing Center as a peer tutor and The Oberlin Review as a production editor. As for the Shansi Fellowship, she looks forward to the challenge, noting that “Multicultural experiences challenge me to think in new ways and raise the bar of whatever work I am doing.”

Globetrotting scientist Julia Skrovan is more than ready to depart for Banda Aceh, Indonesia – a region she characterizes as having a “dynamic history of inertia, resilience, and adaptability in the face of both natural and human conflict.” Julia is a Shansi Fellow with a purpose—to strengthen and challenge her own understanding of other cultures. With an ever-expanding curiosity to discover new places, she is excited to represent Shansi in Asia as a Fellow in celebrating the diversity and historical connection between Oberlin and Asia. After graduating in May 2015 with a major in Geology, Julia is currently a research assistant and instructor for Oberlin College’s Geology Department. About teaching, she stated, “My experiences teaching, building curriculums, and facilitating activities prepare me to be a constructive teaching fellow.” A geologist at heart, Julia hopes to utilize her science background to learn and collaborate with local Indonesian scientists and community members on exploring the issues of natural disasters, health of the environment, and conditions of the landscape.

Introducing the 2021 Fellows to Indonesia

Introducing the 2021 Fellows to Indonesia

Welcoming the 2021 Shansi Fellow to India

Meet the 2021 Shansi Fellows to Japan

Professor Norman Craig OC '53 has passed away at 89

Introducing the 2021 Shansi Fellows to China 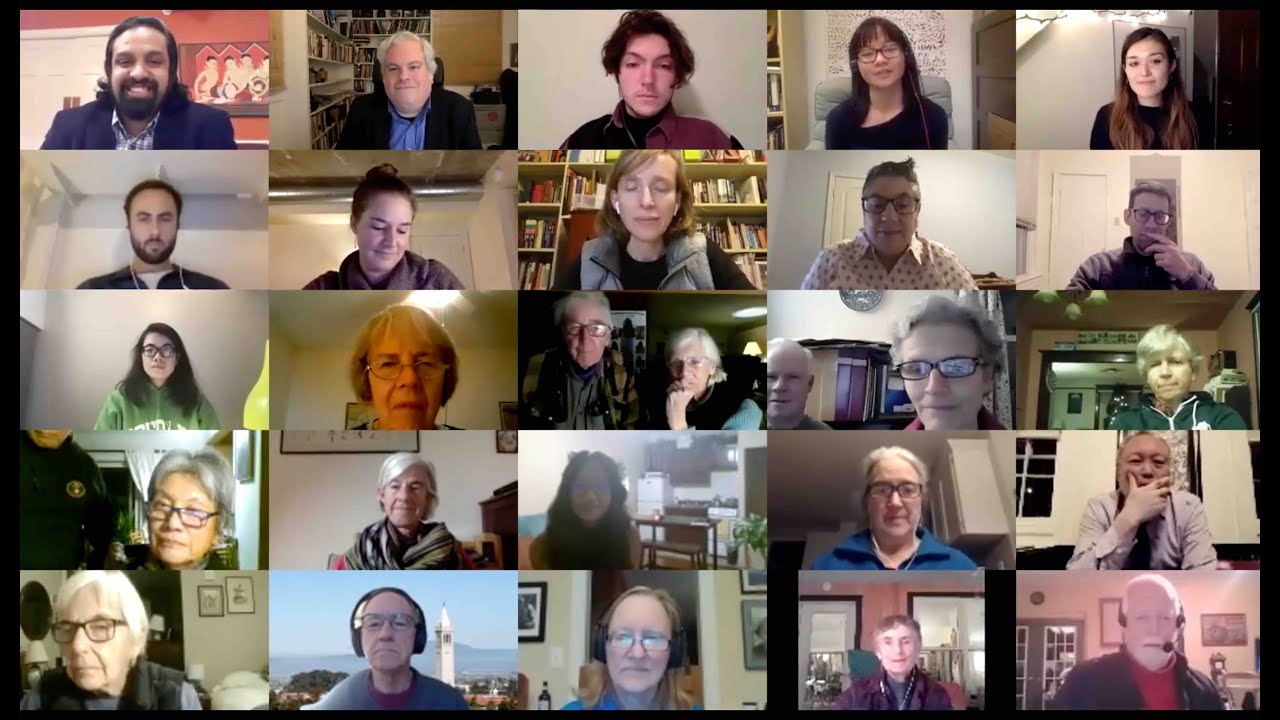 A Community Conversation with Oberlin Shansi